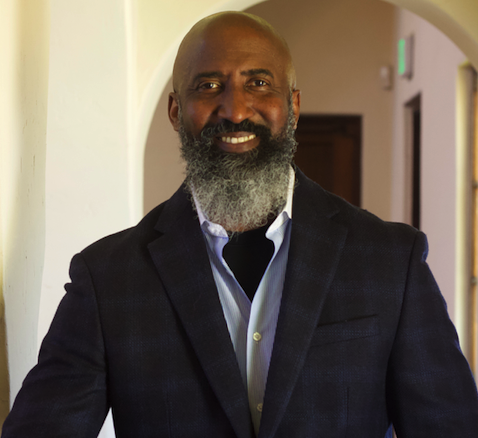 Get to know our Pastor!

Pastor Barry Settle currently serves as the Pastor of Allen Chapel AME in Riverside, CA; appointed in 2016 by Bishop Clement W. Fugh. Pastor Settle accepted his call to preach in 1998 and was ordained an Itinerant Elder in the African Methodist Episcopal (AME) Church in 2003, while serving at Ward AME Church, Los Angeles, CA. Prior to pastoring at Allen Chapel Riverside, he served as Pastor of Willis Chapel AME (2006-2012) and First AME Church (2012-2016), both in Kansas City, MO. He was appointed to these congregations by Bishop’s John Bryant and T. Larry Kirkland respectively.

He holds a B.A. in Economics from California State University LA, a Master of Divinity from Central Baptist Theological Seminary, and a Doctor of Ministry from United Theological
Seminary. Under his pastorate, Pastor Settle has developed thriving ministries for youth, men and marriages as well as led retreats that have spiritually transformed the lives of many who have attended. He is the Founder and CEO of In The Breach (ITB), the co-founder of the Best Man Ministry and the 5th District President of the Sons of Allen Men’s Ministry.

Pastor Settle does not limit his preaching and teaching solely from the pulpit. He reaches a multitude of people via a weekly prayer ministry, where participants join via phone and/or
Facebook Live. He is a writer, with published content available via various social media outlets. He has published Bible Studies for the 5th District AME Church and a 40-Day Devotional, 40
Days on the Narrow Road (available on Amazon).

He is married to Rev. Rochelle Settle, and they are the proud parents of two sons, Jeremiah and Zachary, and one daughter, Madison. Personally, he is a fan of all sports and was very active
early in his life, having played organized baseball and basketball as well as being competitive in other sports. Other passions he shares are exercise, Taekwondo, writing/blogging and engaging
in social media and watching movies with his family.

Pastor Barry Settle loves the Lord and his mission in ministry is to preach and teach the uncompromising Word of God so that humanity will come to know and love Jesus Christ, and to
serve God’s people wherever the Lord chooses to use him.